With the recent controversy over the lack of diversity in the winners of the Oscars, the topic of race in entertainment has resurfaced into mainstream media. On a night intended to advocate diversity, the host, Chris Rock, only pinpointed another minority group that is deprived of representation in American entertainment. According to Forbes, Asian-Americans are the US’ highest-income, best-educated, and fastest-growing racial group. Despite these demographics, media portrayal of Asians is still depicting stereotypical attributes. In TV shows and films, Asians are usually shown as awkward nerds. This image generalizes a large community that encompasses a variety of personalities and talents. Why is there so little variance in Asian roles, and why are there so few Asian-American entertainers?

With insecurity comes reluctance. Racebending.com’s, a grassroots organization fighting for entertainment equality, Marissa Lee criticizes Hollywood. “American history is pretty racist and sexist, and Hollywood is a reflection of our culture. Hollywood doesn’t put minorities in lead roles because our society rarely lets minorities take the lead.” It’s disappointing that the American Dream that the United States advertises is false. The American Dream promises endless opportunities, yet the willingness to offer these chances seem forced with the notions of weak, skinny Asians or nonexistent with white actors playing Asian characters. Most recently, Scarlett Johansson was embroiled in a racial controversy concerning her casting as a Japanese character in a Japanese anime. “White-washing” is a term to describe the act of deleting an individual’s identity to replace it with a white identity. The use of White-washing is to increase viewing populations by using a popular white actor. The lack of confidence in Asian actors bringing in the same number of viewers has caused directors to use non-Asian actors. Although there is an intention to gather interest, white-washing does not always lead to larger audiences. While the Last Airbender was a popular TV cartoon, the movie flopped. The Asian characters were replaced with white actors. By getting rid of an identity of a character, the character is no longer the same.

Asians can portray a wider set of roles than normally assigned. Ki-Hong Lee plays an athletic, skilled character in The Hunger Games while Mindy Kaling plays an independent woman in The Mindy Project. Along with TV and film, the American music industry lacks Asian-American musicians in mainstream music. Far East Movement and Psy both had hits on iTunes Top 100, but neither is established as stable musicians in the American music industry. DNCE, a pop rock band, has one Korean member, JinJoo Lee, who plays the guitar. Their song, “Cake by the Ocean,” is on the Top 100 list currently. Besides these artists, not many other Asian-American artists come to mind. The only other ones that come to mind are those who go back to their native countries to be entertainers there. Many Korean Pop stars have tried to make American debuts, but none has made a huge impact in mainstream music.

The lack of Asians in American entertainment is due to a combination of little opportunity and lack of confidence. Racial tension will only increase with the lack of diversity. Diversity is how we discover new cultures, foods, and other ideas. It’s time that Asians get more lead roles and popularity.

How I got into K-pop and how am stuck in Korean music,movie,etc and will never get back out 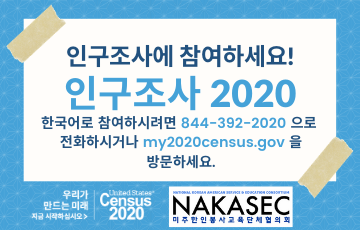